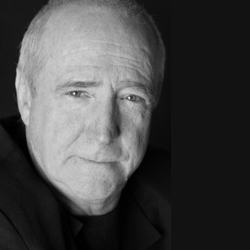 In a highly diversified motion picture career, Scott Wilson has emerged as the choice of an impressive list of the film industry’s most admired directors, who have called on the accomplished actor to fill complex pivotal roles that often are lauded by film critics as the highlights of a film. Thus when Patty Jenkins was faced with a key character that defines innocent vulnerability in the face of monstrosity in her powerful film, “Monster”, she turned immediately to Wilson, and Phil Morrison looked to Wilson to portray the quietly supportive, unobtrusively observant father in “Junebug”.

The heralded actor has scored memorable film characterizations for such directors as Norman Jewison, Richard Brooks, John Frankenheimer, Robert Aldrich, Jack Clayton, Sydney Pollack, Krzysztof Zanussi, Christopher Macquarrie, Steve Kloves, Ridley Scott, Ed Zwick and Michael Bay, among a long list of directors who have gained from the profound characterizations that have placed Wilson at the top of his profession.

It was Jewison who first spotted Wilson’s potential when he cast him as a murder suspect proved innocent in the classic “In the Heat of the Night”, opening the door for Richard Brooks to star him as Richard Hickok, one of the screen’s most brutal killers in the Truman Capote classic “In Cold Blood”.

Recognizing his body of work, Wilson has received a Golden Globe nomination as Best Supporting Actor for “Ninth Configuration” and Lifetime Achievement awards from the Floating Film Festival, Denver Film Festival and the Florida Film Festival amongst other film festival awards and his films have been chosen for screening at such prestigious  festival’s as the Roger Ebert  Film Festival, the Heartland Film Festival and Chicago’s Children’s Film Festival. International critics hailed Wilson’s performance in Krzysztof Zanussi’s “A Year of the Quiet Sun”, winner of the Venice Film Festival’s Golden Lion.

One of Hollywood’s most stable citizens, Wilson has been married for 33 years to attorney/artist, Heavenly Wilson, whom he met in England at the home of Jack Clayton.