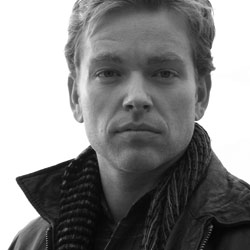 Jonathan Scarfe was conceived under the moon of Hamlet (his Father and Mother were acting in the play together when he was conceived), and raised in New York. Since turning professional at the age of sixteen he has worked on film, television and stage all over the world.

He has worked on over forty movies and over one hundred thirty hours of episodic television including Grey’s Anatomy, ER, CSI: Miami, and NYPD Blue. He has been nominated five times for the Canadian Emmy’s and won twice. First for his portrayal of abused NHL player Sheldon Kennedy in “The Sheldon Kennedy Story” and second for TV mini-series “Above and Beyond.”

On Stage he has worked on Shakespeare, Stoppard, and Chekov among others. He and his wife, Suki Kaiser, wrote, produced, and directed an award winning Short Film about sexual abuse called “Speak” that is now part of the University curriculum for trauma nurses in Canada.

Most recently Jon just finished shooting the ABC Pilot “Matadors” where he starred with David Strathairn and Stephen Lang. Prior to that he was a series regular on Steven Bocho’s “Raising The Bar” for TNT.

Jon divides his time between Los Angeles and his island home off the coast of Vancouver where he lives with his wife and two children.