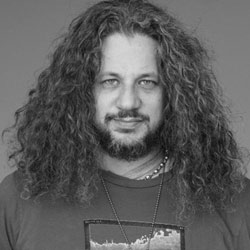 Joseph Reitman started his Hollywood career acting, and has been a successful working actor for over 14 years now. He has appeared in over 50 episodes of television including recurring roles on Married with Children, Charmed, Hudson Street and The Shield, and guest starring roles on The Drew Carey Show, The Pretender,CSI Miami, CSI Las Vegas, Sleeper Cell, In Plain Sight , Monk and Supernatural to name a few. Joe was also a series regular on Townies for ABC, and has also acted in over 20 feature films including The Perfect Storm,Clueless, Tomcats, Jay and Silent Bob Strike Back, American Pie 2, Bandidas, M. Night Shyamalan’s Lady In The Water as well as Gamer and Crank 2.

Besides acting Joe is also a published Spiderman writer for Marvel and is a DGA director having directed numerous commercials as well as episodes of "The Late Late Show With Craig Ferguson".