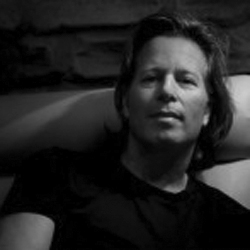 Stephen Nemeth formed and heads up Rhino Films, the independent film company that originated as a division of iconoclastic record label Rhino Records. He has produced ten films and executive produced fourteen others. He is also working with Amnesty International through Artists for Amnesty on developing and producing human rights related motion picture and television projects. His Producer credits include Fear and Loathing in Las Vegas (starring Johnny Depp and directed by Terry Gilliam), Why Do Fools Fall in Love (starring Halle Berry), Dogtown and Z Boys, What We Do Is Secret , the upcoming You and I (starring Mischa Barton and directed by Roland Joffe), and Radio Free Albemuth (the last Philip K. Dick novel.)

Nemeth executive produced the documentary War/Dance about Ugandan child soldiers which was nominated for a 2008 Academy Award for Best Documentary and which won the Director’s Award at the 2007 Sundance Film Festival; Fuel about alternative energies, which won the Audience Award at the 2008 Sundance Film Festivall; Flow about the world’s water crisis, which also competed at the 2008 Sundance Film Festival and was screened at both the Democratic and Republican Conventions; Pick Up The Mic, which premiered at the 2005 Toronto International Film Festival and Climate Refugees about mass migrations due to global warming which will premiere at the 2010 Sundance Film Festival. Nemeth is in production on numerous other documentaries including Beisbol, chronicling the rise of Latin Baseball; Mr. Bitchin about artist Robert Williams; Under the Boardwalk about the game of Monopoly; A Walk on Water about the connection between autism and mercury; White Man’s Burden based on the book by William Easterly; and films about George Plimpton and Budd Schulberg.

He serves on the boards of the Woodstock Film Festival, the Wildlife Ecostation, Wheels For Humanity, Children Uniting Nations, Shine On Sierra Leone, OneVoice, the Hollywood Film Festival, the Veggie Van Organization, the One Second Film Foundation, and the Millbrook Film Fund in Zurich, and was previously on the boards of the Prints and Drawings Department of LACMA, Amnesty International’s Artists for Amnesty and on the advisory board of Rock the Vote. He is a partner in a new online artist community called Planet Illogica and was a consultant for Mobile Media in Norway. He currently serves as a consultant for Admetech, a Harvard Medical School foundation developing prostate imaging technology. Nemeth was the recipient of 2009′s Vision Award for Documentary Producer and 2009′s Artivist Award for his advocacy and production of socially conscious films. He was named one of the “Top Ten Most Prolific Producers in Hollywood” by The Hollywood Reporter, and one of the “Ten Coolest People in Hollywood” by an online survey of 500 agents, managers, journalists, and lawyers. Prior to forming Rhino Films, Nemeth worked as an independent producer and as a motion picture agent at the William Morris Agency. He is a California native, attended Le Lycee Francais de Los Angeles, and is a graduate of UCLA’s psychology department.