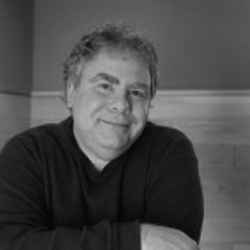 In partnership with Rosenbloom Entertainment, Discovery acquired film rights to three novels by renowned science-fiction writer, Philip K. Dick, whose works have formed the basis for such successful science-fiction films as “Blade Runner” and “Total Recall,” Steven Spielberg’s “Minority “Report” and Richard Linklater’s “A Scanner Darkly.” Simons’s script for “Flow My Tears, the Policeman Said” was optioned late last year by Halcyon Entertainment (“Terminator Salvation”) .on which Simon will also be a producer. Simon is currently working on a script “polish”.

In 1994, Simon developed and produced the Roger Donaldson-directed version of “The Getaway,” starring Alec Baldwin, Kim Basinger, and Philip Seymour Hoffman for Largo Entertainment. The picture was theatrically released nationally by Universal Pictures.

As president and chief executive officer of Discovery Productions, Simon has been involved with the production, financing, sales, distribution and marketing of many successful independent features including, “The Wicker Man” (starring Edward Woodward); “The Haunting of Julia” (with Mia Farrow and Tom Conti); “Basket Case,” and “Out of the Blue” (starring and directed by Dennis Hopper);

For the last four years, he has produced and moderated BAFTA/LA’s annual seminars for the American Film Market, on such topics as British filmmaking tax-incentives and strategies for U.S. theatrical distribution. For BAFTA-LA, he has moderated both seminars and Q&A’s following screenings with guests such as directors John Hillcoat, Julian Schnabel and an evening program with director Jason Reitman.

Prior to his entry in the film industry, Simon was a successful journalist and film critic, both as staff writer for the New Orleans Times Picayune and as editor-in-chief of New Orleans magazine. He has also written film and music reviews and feature articles for various publications, including the Chicago Sun-Times, Downbeat Magazine and American Film magazine. During this period, Simon also taught courses in film and writing at Tulane University, Loyola University, and the University of Illinois. In 2006, he taught a course on micro-budget filmmaking at UCLA extension.

Simon graduated from Harvard College with honors in History and Literature and served as an editor of the Harvard Crimson. On the recommendation of Robert Lowell, his poems were recorded and made a part of the permanent archives at Harvard’s Houghton Library poetry collection. Simon received his master’s degree from the Writer’s Workshop program at the University of Illinois. He is currently a directing member of the Los Angeles-based Classical Theatre Lab. He directed its critically acclaimed co-production of Oscar Wilde’s An Ideal Husband as Victorian noir” at the Met Theatre. In March 2006, Simon directed Wilde’s “A Woman of No Importance” as a joint production of the City of West Hollywood and Classical Theatre Lab.  He is a member of WGA-West and a member and former Board member of BAFTA-LA. John Alan Simon on Imdb.