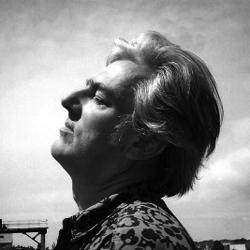 Robyn Hitchcock is one of England’s most enduring contemporary singer/songwriters and live performers.

Hitchcock’s solo debut, 1981′s Black Snake Diamond Role was followed by the psychedelia of Groovy Decay in 1982 and the all-acoustic I Often Dream of Trains in 1984. However it wasn’t until the 1996 release of Moss Elixir that Hitchcock returned to form and fully embraced his folk roots. From 1998 to 2009 Robyn released the soundtrack to the Jonathan Demme directed concert film Storefront Hitchcock, Robyn Sings, Luxor, Spooked, a Japanese compilation called Obliteration Pie, and Olé! Tarantula and Goodnight Oslo with the Venus 3, his new band featuring Peter Buck, Scott McCaughey, and Bill Rieflin.

Recent years have seen Robyn involved with a number of film projects. The 2007 documentary Robyn Hitchcock: Sex, Food, Death and Insects used a fly on the wall approach to track Robyn’s recording and touring process with his new band the Venus 3 while I Often Dream of Trains in New York captured a live concert performance of one of his seminal albums. Hitchcock also spent time scoring a number of films including Sebastian Gutierrez’s Women in Trouble and Elektra Luxx and John Simon’s Radio Free Albemuth based on the Philip K. Dick novel of the same name.

Robyn recently celebrated the release of Propellor Time, his most recent album with the Venus 3.