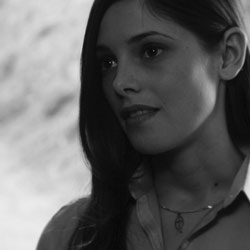 Greene’s movie career extends beyond the Twilight series. Her other films include Butter, starring Jennifer Garner and Hugh Jackman, and LOL with Demi Moore and Miley Cyrus.

In Radio Free Albemuth as Rhonda, she plays a character based on a real life experience that Philip K. Dick had with the young woman who delivered his pain medication and he literally saw the pink light.