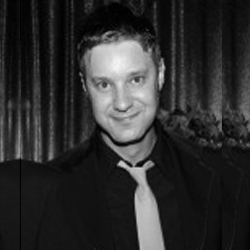 Evan Frankfort was born at Cedars Sinai Hospital on December 13, 1970 and grew up in West L.A. Having been born into a family of musicians, he started playing piano and writing at age 4, playing guitar at 9, and recording his songs on a four-track recorder at age 11.

In 1996 Evan won a Daytime Emmy for his Musical Contributions to “Guiding Light”.  He spent the next 2 years touring with Sony Music act Maypole playing bass and lap steel for two solid years, opening for and frequently playing with the Wallflowers, the Jayhawks and others.

Evan has described the concept of his company “Would Work Sound” as that of an artist collective, having a system of talented people with complementary skill sets. He knew that with the right balance of personalities and abilities, this idea for a full service audio community “would work”. Directors and producers can comb the halls hearing their soundtrack come alive with simultaneous development of score, sound design, foley, adr, music supervision and surround mixing.

Nearing Would Work Sound’s 12-year Anniversary, Evan has worked on more than 300 Records and over 100 TV and Film projects. He currently splits his time between producing/mixing/mastering records and composing/post sound for TV and film.