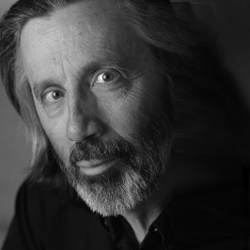 Frank was born on Valentine’s Day. Coming from a theatre family, Frank’s first “role” was a six month old “theatre mascot” at a tent theatre in Granville, Ohio. He trailed along with his father who performed a one man play about Abraham Lincoln. Frank trained at the American Conservatory Theatre in San Francisco, earned his BA in theatre at San Francisco State University, helped establish a summer theatre company in the Sierra Nevadas then went on to earn an MFA in acting at UC San Diego. Appearing in over 150 productions, Frank has worked off Broadway and in regional theatres in Boston, Denver and California. His theatrical roles have ranged from “Puck” in Midsummer’s Nights Dream to “Miss Havisham” in Great Expectations to “Jacob Marley” inChristmas Carol.

Frank and his wife, Laura Gardner, reside in Los Angeles with his three children.  Frank will be seen soon  in  Hesher with Joseph Gordon-Levitt and Natalie Portman. Frank will soon be shooting an episode of Dustin Hoffman’s new HBO series, Luck. This summer he will be starring as Elwood P. Dowd in Harvey.