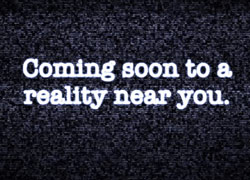 Radio Free Albemuth has been in ‘radio silence’ mode while we were in the midst of negotiating relatively complex distribution strategies for the film – and completing the unexpectedly difficult and technically complex “delivery” of the film.

This is a day that both RFA filmmakers and Philip K. Dick fans have been waiting for patiently – (and sometimes not so patiently!)

The first and most important of several deals with partner companies has been signed – and the ink is not even yet dry on the page.  Our theatrical booking for the initial ten city release and digital sales partner will be a Los Angeles based company called Freestyle which has overseen the release and digital sales of other indie films such as Bottle Shock, Me & Orson Welles and The Illusionist.

More details will follow shortly about other distribution partners – and hopefully news on the international front.

Many thanks to all our Distribution Kickstarter Backers, Slacker Backers and Philip K. Dick fans and people who saw Radio Free Albemuth at film festivals for your support, sharing  and enthusiasm.  We can’t do this without you!

We’ll be asking for your help in the weeks that follow to make this an unprecedented grass-roots success in bringing the vision of Philip K. Dick to the widest audience possible. You can start now by sharing this announcement on social media, signing up  on our mailing list and liking Radio Free Albemuth Facebook page.