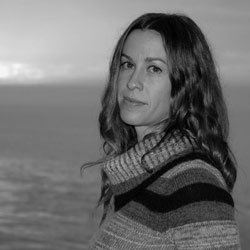 Fourteen years after the breakthrough debut of Jagged Little Pill, an album which earned four GRAMMYs, sold 30 million records and spawned a dedicated worldwide fan base, Alanis Morissette remains not only an enduringly popular artist, but one whose celebrated body of work stems from a fierce commitment to authenticity and, to an equal extent, vulnerability. She has always evidenced that she was an artist with her own point of view and is regarded as one of the most insightful artists of our time. To this day, Jagged Little Pill remains the best-selling debut release by a female artist in the U.S. and is also the highest selling debut album worldwide in music history.

As a recording artist, Alanis Morissette has released a series of groundbreaking albums that have sold more than 60 million copies worldwide. She has won twelve Juno Awards, eight Grammy Awards, and has also received an additional fourteen GRAMMY nominations. Her subsequent five studio albums have all included a series of chart-topping singles. Supposed Former Infatuation Junkie, the follow up to Jagged Little Pill, debuted at #1 on the Billboard chart with record-setting first-week sales of nearly 470,000 copies. The release featured “Thank U,” which became a major international hit single and was nominated for the 2000 GRAMMY Award for “Best Female Pop Vocal Performance.” In 2002, she released Under Rug Swept, which also debuted at #1 on Billboard’s Top 200. Two years later came So-Called Chaos, whose single “Everything” became an Adult Top 40 mainstay. “Eight Easy Steps” also became a club hit as a dance mix. In 2005, The Collection amassed a best-of anthology with 17 tracks that delivered favorites from previous albums, as well as a well-received cover of Seal’s “Crazy.” Her most recent release, Flavors of Entanglement, was released in June 2008 and debuted in the US in the Top 10 on Billboard’s Top 200 album chart. The album garnered widespread acclaim and included a worldwide tour playing to ecstatic packed-house crowds all across the globe.

Achieving success as a recording and performing artist, Alanis Morissette has lent her talents to other albums and forums. She appeared in the Cole Porter biopic De-Lovely and performed the classic “Let’s Do It (Let’s Fall in Love).” Other contributions include the song “Wünderkind” to the soundtrack of The Chronicles of Narnia: The Lion, the Witch and the Wardrobe (earning a Golden Globe nomination for Best Original Song), and the string-laden rock ballad “Uninvited,” which was written for the Wim Wenders remake of City of Angels. The track hit #1 on Billboard’s Top 40 Mainstream chart and won two GRAMMY Awards for “Best Rock Song” and “Best Female Rock Vocal Performance,” as well as being nominated for a third GRAMMY in the category of “Best Song Written for Motion Picture, TV or Other Visual Media.” Alanis Morissette has also had several other original songs appear in films such as Jay and Silent Bob Strike Back, Clerks II, The Break-Up and The Devil Wears Prada.

Alanis wrote “Still” for the soundtrack of the controversial film Dogma and, after steadfast offerings by director Kevin Smith, agreed to play the role of God. On screen, her other acting work includes roles on HBO’s Sex and the City and Curb Your Enthusiasm, along with a three-episode arc on FX’s Nip/Tuck. On stage, Morissette starred in The Vagina Monologues and both the off-Broadway, and London play The Exonerated, as death row inmate Sunny Jacobs.

Alanis has announced that she will make a recurring guest star appearance on the new season of the acclaimed Showtime series Weeds and has signed on for a cameo role the new Judd Apatow film Get Him To The Greek. She also completed work on her first lead film role as “Sylvia” in the film adaptation of Philip K Dick’s novel Radio Free Albemuth.

Among a breadth of charity work, Morissette especially finds time to support environmental causes and organizations, such as Reverb, a non-profit that helps musicians and music fans to achieve environmental sustainability through carbon-neutral initiatives. Morissette was one of the first artists to have her CD and DVD materials released on recycled paper. Initially, she paid for this out of her own pocket, but it’s now become an industry standard. Her passions also include women’s issues and artists’ rights on behalf of which she has written several articles, as well as spoken to Congress.